In the previous post i started the Platform project with a  idea that soon turns out not so good. Like many things in live, start over again.

This time the story is about a Secret Agent, who see's himself in a mission that went wrong and put's him a long sleep for decades.
Inspired by the everyday news about the Market and the "importance" of the Economics, i had the idea, "why not take all these guys and put them in a game?".
That's what i have done, the main story is about this Secret Agent sent to eliminate the "Dolar" a well know criminal that has been operating in the Financial Markets. Every one knows that who controls the Market controls the Governments, therefore controls everything.
We saw what happened when the FMI entered in Greece, Ireland and in Portugal, the place where i live, It's very hard for us, the people, who had to pay the Banks mistakes, the politics corruption and anything else they have made it wrong and we have to pay.

With this i asked myself, "Who really are the real criminals?". The one's who are in the streets and the news talks about! Or the one's who "creates" this street thugs, because they created the Economic to collapse and therefore have all the right to avoid this collapse?
Based on this i've created several criminals inspired by the the people who works in the financial world.


Our Hero is on the right, a talented Secret Agent trained by the best. From left to right we have " Suit", "Investor", "Analist", "Banker"and finally the Boss, "Dolar".

The main characters were created, now is time to the scenarios. Based on the main idea i started to sketch images that support the story, but unfortunately my sketch book was stolen with all my things and at this moment i don't have nothing else to show besides the stuff i had in my computer.

The basic gameplay studies, interactions and "to do's" in the game, also game objects ideas, moving platforms start to take shape, next the approach to the scenario colours, light and ambiance.

After seeing on Youtube a tutorial about creating a Platform game, i though to myself "can i do this?" When i finish all the videos (i strongly recommend, see it here) and all the possibilities i could do, it was time to start sketching the story, characters, scenarios and gameplay, all based on what i've learned in the tutorials and with my basic programming knowledge.

Things start to shape, the first story was about a ship crashed in a "trash" planet, a place where all the trash is sent, and the gravity made the rest, a giant junkyard that is orbiting around a sun.

Incredible as it looks, the planet manages to have some life on it, cyborg animals and plants mutated there. So, the ships crashes and there's only one thing that can save our wounded human pilot, is trusty Robot, he has the mission to go out and get all the parts the ship needs, avoiding the various hazards he may find in his mission.

When doing this i felt that this is not the way, it lacks something and i didn't know what it is, meanwhile my Hard Disk broke and, like most of us, the backup i've made didn't had this process yet, "I TOLD YOU SO!!" everyone said to me :(

The time i spent in getting a new disk gave me the opportunity to clarify the idea, the concepts and realize that perhaps this was not a good idea, i'm not attempting to make the best game ever, probably in the future, for now, i just want to make games and learn about it.

This was my first game project i've made, do all the artwork, the design, game document, sound, almost everything apart the real coding of it, but i'm learning and my next project will be a game all made by me. 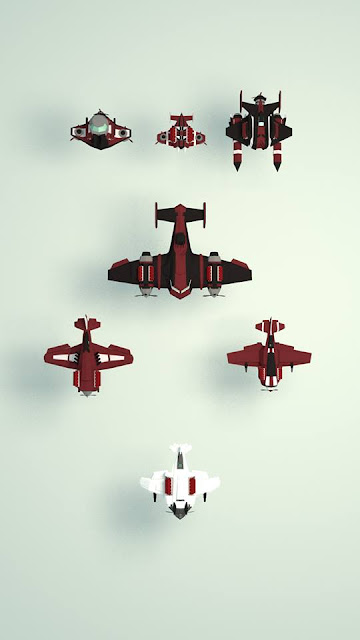 The main goal of this game was to create a game like the good old arcade type of feeling. A game where you have to train your Shoot'Em Up skills to avoid enemy fire and the ability to shoot' them down, a straight forward game but with the "Easy to learn, hard to master" concept apply to it.

it all started as a V8 Engine on airplanes, the love for the WW II aviation made the rest as a base idea. The game started to have some shape, the first prototype were tested and after a while it was launched in the Google Play Store.

Did he went well? Not really! Did i learn with it? A LOT!
I didn't expected to have success at first, like most of the people think when a game is launched, i knew that when it was released almost a hundred games, or more, were released at the same time to the stores around the world.
But i had to!! Instead of writing a book, i've made a game, some saying that in life everyone must plant a tree, have a child and write a book, the first ones i already made, a proud Dad, a Bonsai enthusiast, it misses writing a book, as you noticed i'm very poor at writing, so this is the reason why i've made the game.

The learning i've taken from this experienced was the most important. Know how to deal with the Ads campaigns, knowing how much do we have to had to invest in it (i had and still had none to invest on this part of the process), the small things that i never had though.

My next one i'll try to avoid the errors, apply what i learned in the process and do it in my free times, it's not possibly for now to live as a game developer and most of all with only one game of course!!

First of all i've made this blog with the intent to updated with all the stuff i made, including illustration, design, game development and probably some .
I've been creating blogs and putting news in several blogs related to projects, or games and feel the need to join everything in one blog, my online portfolios, my game development press kit, every illustration, sketch i've made during the day (i sketch a lot, and hope i'll keep update).

The last project i made was a Shoot'Em Up game for Android, it was thinking to IOS too but that was not possible due to several reasons. The is called V8ORS-Flying Rat the main idea was to made a game that the player dont need to go play everyday to complete tasks, or to see if the upgrade is finish or anything else, basically a game like the old ones i used to play a lot, a simple shooter where you train your Shoot'Em Up skills.
You can downloaded  from the Google Play Store:
https://play.google.com/store/apps/details?id=com.inpixelwetrustgames.v8ors 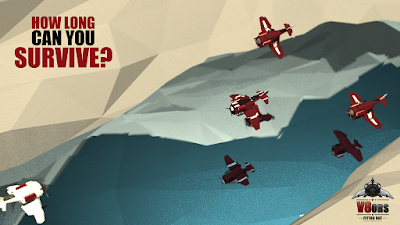